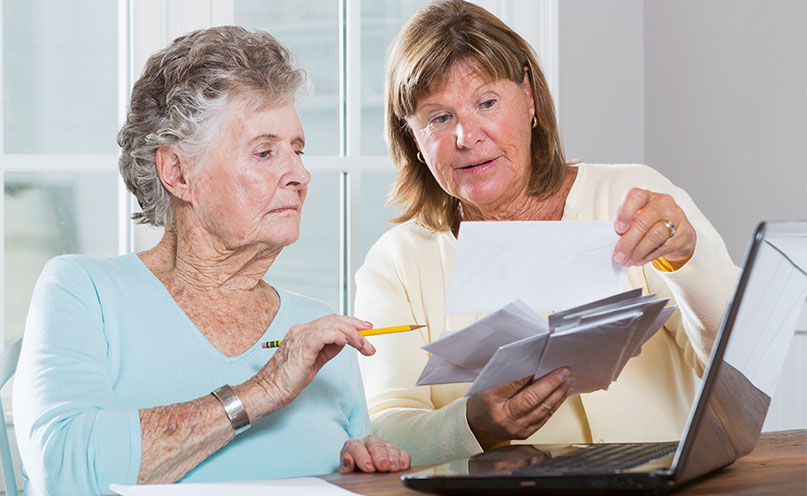 Money Matters:
Help for Caregivers Who Handle
Other People's Finances
We Can Help
We specialize in educating caregivers to handle the critical money issues of the people they care for. Learn, support & protect.

The easy-to-follow workshops teach the basics of good money management for older adults. Our brief online assessment can help determine the quality of your loved one’s financial decision-making and give next steps to preserve and protect funds.

Learn the warning signs of early cognitive impairment, how to hold difficult discussions, the clues to detecting financial mismanagement and the basics of managing another person’s money. 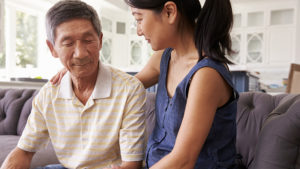 Detecting Early Cognitive Impairment in Older Adults
20 Minutes
Changes in thinking skills may be an early sign of dementia. Learn to spot the first symptoms and get help.
×
View all of our Online Learning Segments
Resources for Caregivers

From where to get help in your community to news and research, fraud alerts and more – explore resources for families and friends caring for older adults. We didn’t cover something? Ask us a question.

Create an account to go directly to the brief online training and gain immediate access to the Lichtenberg Interview tools. Your password protected account keeps every interview secure, organized and accessible to you alone.

Account holders have free and complete access to the Family & Friends Questionnaire. Conduct it as often as with as many persons as you wish. Every interview recieves computerized scoring and the option to download or print the report.

Caregiving changes as your loved one changes. Enter your email to receive Caregiver Connection, our e-newsletter with information and techniques to help with financial and overall caregiving. Caregiver Connection is sent monthly at no charge. Your email is never shared with third parties for contact or solicitation. View a recent issue.

Close Ups
True Caregiver Stories
Caregiving duties can overwhelm even the most well-intentioned relative or friend. The organizations and resources below are reliable, accurate, and trustworthy. Use them with peace of mind that they have the best intereset of you and the person you care for at heart. 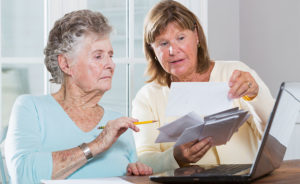 Will You Co-sign My Loan? 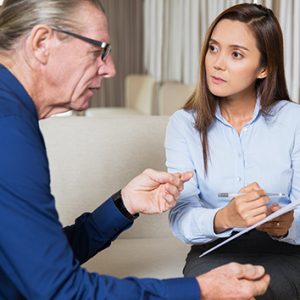 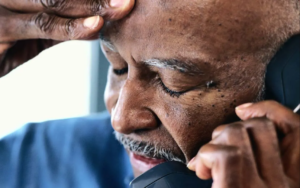 "I'm Not Being Scammed!"
Will You Co-sign My Loan?
Situation

A 30-year-old caregiver, Ms. S, was designated conservator and guardian for her mother. She learned her mother had been persuaded to co-sign on student loan debt for another family member.  The mother suffered from advanced-stage Alzheimer’s and was living in a nursing facility. Ms. S contacted the Institute of Gerontology’s Successful Aging thru Financial Empowerment (SAFE) program for help.

Ms. S was concerned that her mother was coerced into signing the loan documents and did not fully understand that she would be responsible for the debt if the borrower defaulted.  Ms. S also informed program staff that the family member responsible for having her mother co-sign on the loan was previously removed as the mother’s guardian because of financial mismanagement.  The Family & Friends Interview was administered to Ms. S by program staff. (This interview can now be self-administered by a family or friend using the Family & Friends Questionnaire).

Older Adult Nest Egg calculated the responses to find that Ms. S perceived a moderate to high risk that her mother’s financial decision-making at the time of the transaction was impaired.

Clients exhibiting a moderate to high perceived risk demonstrate a degree of impairment in their capacity to make financial decisions with awareness, integrity and autonomy.  The impairment could be temporary or the beginnings of a more serious deficit. Their capacity could be affected by the degree of complexity of the financial decision they are making.  Ms. S’s mother may have failed to appreciate the full measure of her decision.

Based on the risk score from the FFI, Ms. S took action.  Ms. S and SAFE program staff informed the loan officer of the situation.  The loan officer required a copy of the conservatorship paperwork showing that Ms. S had been appointed to manage her mother’s finances due to her mother’s incapacity.  The documents were submitted to the loan service provider, and Ms. S was able to stop the loans funds from being paid. Ms. S’s mother was saved from incurring $8,000 worth of debt as a co-signer.

Mr. C, an 80-year old married attorney retires and leaves his practice due to declines in memory and a diagnosis of Alzheimer’s disease. His Alzheimer’s began about three years early with subtle deficits. Mr. C began to realize that he could not keep up with his work, and his wife realized he was making mistakes with his finances. She took over their financial management a full year before he retired.

Nine months after Mr. C retired, his grandson, who lives nearby, took Mr. C to the bank to withdraw $300,000 from Mr. C’s IRA. The grandson did not tell Mr. C’s wife. She discovered it when the next bank statement arrived.

Mr. C was assessed using a financial decision-making tool and Mrs. C was given the Family & Friends Questionnaire (FFQ).

Mrs. C completed the FFQ.  Some of the questions were answered as follows:

Q2:  Was this decision their idea or did someone else suggest it?
Someone else’s idea (describe: My grandson’s idea)

Q3:  Now and over time, how do you think this decision or transaction will impact your relative or friend financially?
Will have a major negative impact (need the money for caring for Mr. C in the future)

Q4:  How much risk is there that this decision could result in a negative impact, such as loss of funds?
Moderate risk

Q10:  Does your relative or friend regret or worry about a financial decision or transaction they made or intend to make?
Yes (describe) – Very worried about money

Q11:  Would others, who know your relative or friend well, say the current major financial decision is unusual for them?
Yes; this could be seen as very unusual

Mrs. C’s answers were compared to Mr. C’s on similar questions. The FFQ answers indicated that Mrs. C did not think Mr. C was capable of making the decision to gift his grandson $300,000. The psychologist evaluating Mr. C found that he was not making informed decisions. With the threat of criminal legal action against him, the grandson returned the money.

"I'm Not Being Scammed!"
Situation

An 86-year-old man with a master’s degree became deeply involved in a romance and inheritance scam.  A woman perpetrator claimed she had to find someone to marry in order to qualify for her $15 million inheritance (which she promised to share with the victim).  The scam went on for 8 months.

Despite much evidence that the requests for money were not legitimate, Mr. P refused to believe he was being scammed. He has already lost $75,000 in 10 weeks, and his daughter was rightly concerned there would be more losses.

Mr. P’s daughter filled out the Family & Friends Interview, noting that her father has been managing his money without any help, but his abilities to reason about finances had gotten worse over the past year.  The recent risky financial behavior was unusual for her father.

The overall score for the Family & Friends Interview showed Mr. P to be at high risk for exploitation, especially in the area of financial decision making. Next steps included having Mr. P complete the Financial Decision Tracker and additional cognitive abilities assessments as recommended.  Mr. P’s daughter investigated ways to freeze major financial withdrawals from Mr. P’s account until all assessments were completed.